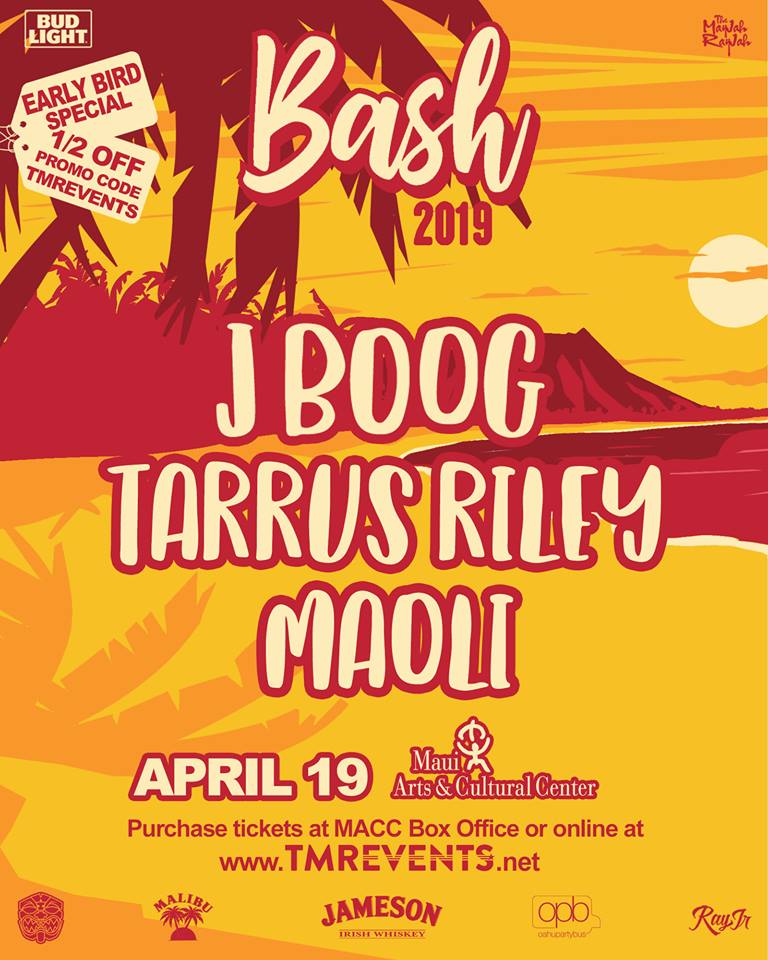 Island reggae music superstar J BOOG returns to Maui! A singer who fuses reggae with R&B, hip-hop, and rock, J BOOG was born in Long Beach, California, but was primarily raised in Compton. Of Samoan ancestry (his father was a tribal chief in his neighborhood), J BOOG’s first influence was his sister who sang and played piano.
When she got a book of Bob Marley’s classic songs, BOOG began singing along. Raised on an eclectic musical diet of classic reggae, West Coast hip-hop, vintage R&B, and a dash of hard rock, BOOG gravitated to the laid-back but taut grooves of reggae, and he began writing and recording his own tunes during downtime from his job at an oil refinery.
In 2005, BOOG moved to Hawaii, where he met one of his favorite singers, Fiji who took him under his wing and helped produce Boog’s 2007 debut album, “Hear Me Roar,” which cracked the top 10 of the American reggae charts.
Regardless of his geographical background, he is definitely considered one of Hawaii’s own. Having worked with some of the greats, including the famous Jamaican reggae family band, Morgan Heritage, BOOG continues to spread the music and vibe to all different parts of the world!
Also performing at this concert is special guest, Jamaican reggae sensation TARRUS RILEY. Riley, born in the Bronx, and raised in Jamaica, is the son of veteran reggae singer, Jimmy Riley. In 2004, Tarrus released his debut album, “Challenges.” Riley has since consistently racked up awards and released his 2014 album, “Love Situation,” which he described as “a true tribute to the rocksteady era.”

MACC Parking lot is available to pre-purchase for $10.00. Parking tickets MUST BE CLAIMED in advance of the performance day. CLICK HERE to purchase.