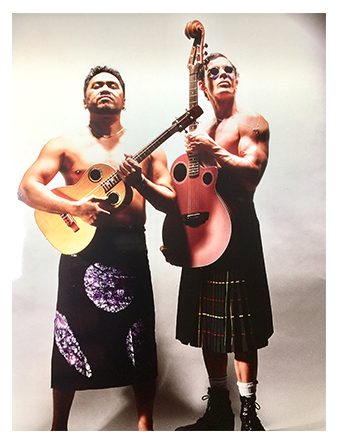 The group’s self-titled album, released in 1993, remains the #1 selling recording by a group or duo in the history of recorded Hawaiian music. The recording swept all six categories it was nominated for at the 1994 Hawai’i Music Awards.