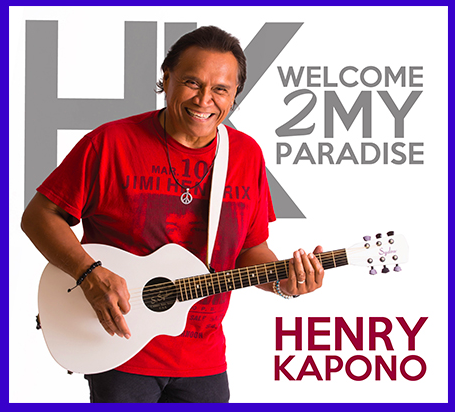 Henry Kapono continues the second season of his hit “Artist 2 Artist Concert Series” with a special showcase of his new album, Welcome 2 My Paradise. Join the Grammy Award nominee and 15-time Nā Hōkū Hanohano award winner as he performs his classic hits, new material, and tells the stories behind the scenes.
Henry Kapono is a performer who has it all – vocalist, guitarist, songwriter, composer, thrilling performer, audience favorite—having received multiple honors and awards, including a Grammy nomination. He has taken home numerous Nā Hōkū Hanohano Awards, including Male Vocalist of the Year, Song of the Year, Single of the Year, and Album & Rock Album of the Year.
The Artist 2 Artist series with Henry Kapono this season also includes a concert on February 1 with Robi Kahakalau, March 29 with Brother Noland, and on April 20 with Amy Hanaiali’i.